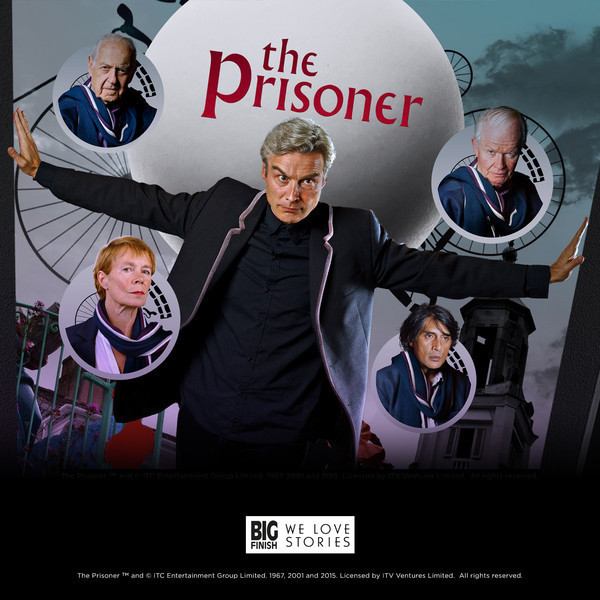 A special festive treat for all our listeners! Big Finish is proud to present a half-hour extract from The Prisoner: Volume 1.

‘This extract is just over 38 minutes in duration,’ explain Nick. ‘It starts about 11 minutes into the action, when Number Six wakes up, and ends at just over 50 minutes into this 78 minute first episode, Departure and Arrival, leaving you with over 39 minutes of this episode to listen to if you buy the box set. It’s a sort of extended teaser to whet your appetite.’

In this special half-hour introduction, you can hear Number Six arriving in the village, pitting his wits against the scheming Number Two (John Standing) and encountering the terrifying Rover.

You can pre-order The Prisoner: Volume 1 today for just £40 on CD or £35 to Download, And remember, when you’ve choose to buy this release on CD directly from Big Finish, you will also unlock instant access to a digital copy for download upon its release on January 6th 2016.

The series is presented in a deluxe five-disc set, limited to just 3,000 numbered copies. The set, which includes an in-depth Behind-the-Scenes audio documentary 'By Hook Or By Crook', is packaged in a lavish colour booklet containing professionally photographed images of the cast, articles by Nicholas Briggs and specially commissioned artwork.

Check out the video for a preview of what you can expect:

Ordering from the Big Finish website also gives you access to a variety of exclusive special features, including additional documentary material and music tracks for each episode. With the set not available on sale beyond our website until the end of March 2016, it's the perfect opportunity to ensure you're one of the first to listen!