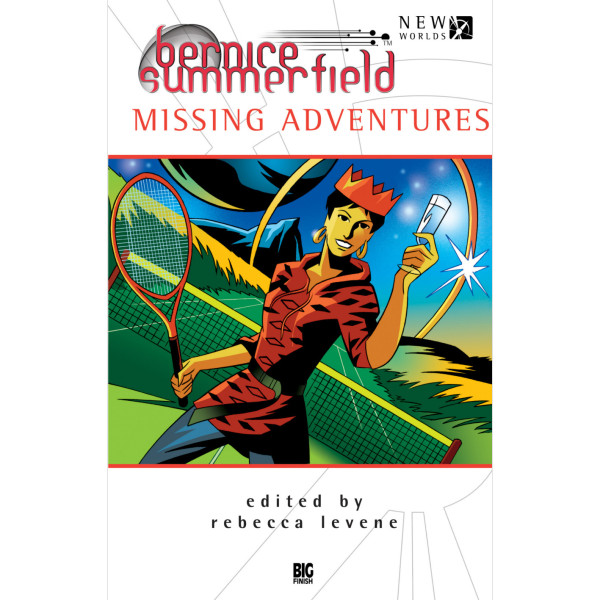 One day she will bring down empires and decide the fate of the universe. One day she will be feared by the creatures of evil and revered wherever people have had just a little bit too much to drink.

But all that is yet to come…

This very special collection celebrates 15 years of Bernice Summerfield. It explores her early life and the events that shaped the archaeologist and space-adventuress we know today.

A circus offers solace for the loss of her father; boarding school will try anything to make her behave; and when the military catch up with runaway Benny, her freedom will cost her dearly…

Missing Adventures features 12 all-new stories, many of them by those who played a formative part in Benny's development, including Ben Aaronovitch, Andrew Cartmel, Peter Darvill-Evans and Andy Lane.

The Tunnels To Heaven by Andy Bodle

Benny and Louise by Cavan Scott and Mark Wright

The Slight Façade by Magnus Anderson

Bernice Summerfield and the Library of Books by Andrew Cartmel

Postcards From the Edge of Reason by Andy Owens

Blood On The Tracks by Andy Lane