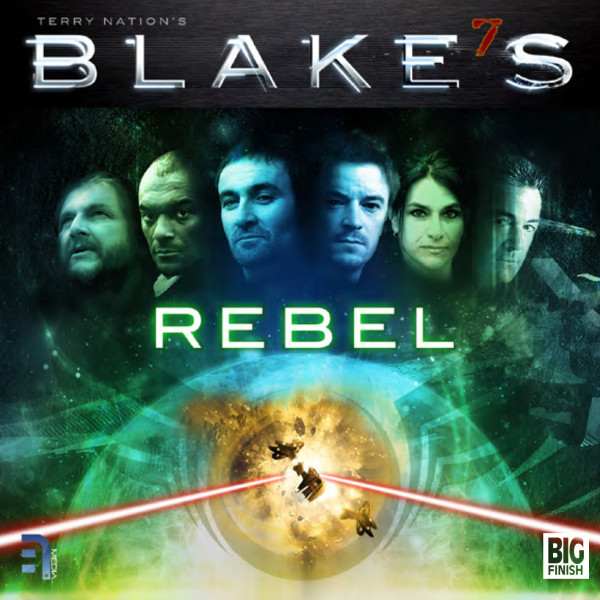 In the third century of the second calendar, the galactic Federation, once a beacon of democracy and peace, has become a corrupt tyranny.

Freedom and Justice are things of the past.

Roj Blake stood up for ordinary people. When the establishment tried intimidation, he laughed in their faces. When they tried to crush him, he fought back. When they tried to brainwash him into obedience, he broke their conditioning. Finally, they framed him and sentenced him to permanent exile on the notorious prison planet Cygnus Alpha.

The Federation thinks it has seen the last of Roj Blake.

The Federation will wish it had...

A B7 Media Production

Blake's 7: The Audio Adventures: Rebel, Traitor and Liberator follow Blake’s incarceration; the forging of his legendary crew; and their capture of a mysterious alien spacecraft. On the run from the Federation, the crew of the Liberator fight back against a totalitarian regime personified by the manipulative Servalan and her loyal commander, Travis.

You can discover the complete adventure, as well as eight stories from Blake's 7: The Early Years, in this anthology release produced by B7 Media: Blake's 7: A Rebellion Reborn.

Recorded on: 3-6 December 2006
Recorded at: The Soundhouse