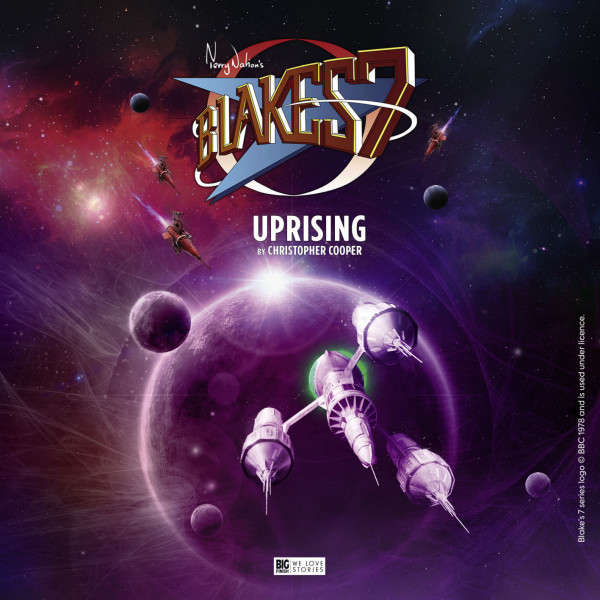 Download
US $9.99
Buy
Login to wishlist
4 Listeners
recommend this

"There was an antique dressing table in the suite, very old and painted off-white with gold trim. She sat down in front of it and wiped away the layer of dust and blood that dulled the mirror, looking at the face which was reflected back at her. They’d had a name for that face: Jade. And the name alone had terrified them. She terrified them."

Blake persuades the Liberator crew to join an uprising on the planet Istria, a vital supplier of food to the Federation. He hopes to hit the Federation where it hurts – and send a powerful message of unity to rebel groups everywhere. But with the odds stacking up against him, and Space Commander Travis in hot pursuit, even Blake starts to wonder who he can trust. Is he right to put so much faith in the Istrian rebels and their mysterious hired mercenary? It's clear that Jade is a deadly killer a secret past, but what is her hidden agenda – and how has Gan fallen so completely under her spell?

BF: Hi Chris! Tell us a bit about your upcoming book:

CC: Blake is determined to unite rebel groups across Federation space. He thinks he's found the perfect way to do that... It doesn't take long before that plan unravels. For obvious reasons, there are certain characters, and some very special actors, that sadly I won't get to write for as part of an audio drama. Given that this is the 40th anniversary of the series, and that I'd been given the dream job of writing a Blake's 7 novel where I could feature Blake and Gan, I wanted to take the opportunity to revisit that early period of the show.

BF: Who is your favourite character in the book?

CC: I'm not sure I have a favourite, but letting Gan take centre stage was important to me, as I always felt that character suffered in terms of development with all those other strong personalities on the Liberator. Having said that, I always enjoy writing Vila, and getting inside the heads of Blake and Avon was fun. I tried to give all of the characters some decent character moments.

BF: How long have you been a fan?

CC: Way back to The Way Back. I was 9 years old, and freshly primed for space opera and rebellious deeds by Star Wars. But I was pretty much the only kid at school who seemed to be aware of the series. When I drew a picture of the Liberator one day, my friends all thought I'd forgotten an X-wing fighter's fourth wing. Blake's 7 was always a series with big ideas, and really pushed what the BBC could do with a 50 pence piece and some sticky-backed plastic, so I hope readers will find the spirit of the early series in this book and enjoy the gazillion-dollar budget I spent on the effects. In my head.