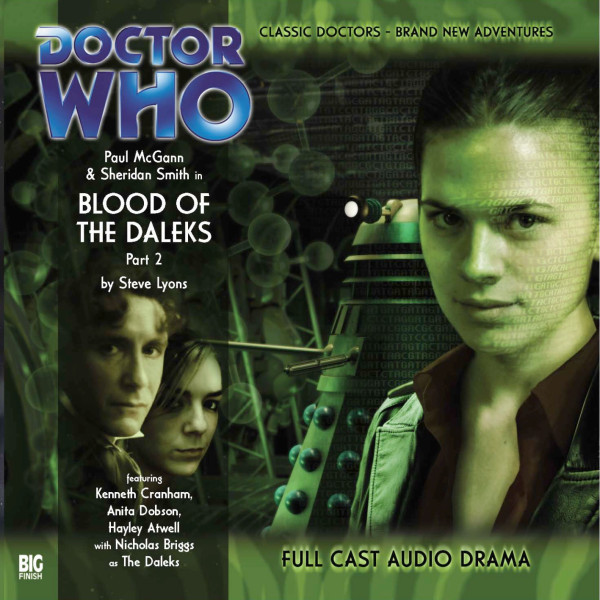 Download
US $3.00
Buy
Save money with a bundle Login to wishlist
61 Listeners
recommend this

"The crashed ship. The one Tom Cardwell saw all those years ago. And you borrowed its technology, didn't you? Maybe even found a Dalek or two in the wreckage. Dead, but intact. And you began to turn human beings into creatures like them. You did that? I'm right, aren't I?"

Note: This adventure continues from Doctor Who: Blood of the Daleks Part 1

This story takes place after the 1996 Doctor Who TV Movie and after the Doctor's adventures with Charley Pollard.

An excellent jumping-on point for new listeners. Paul McGann's Eighth Doctor starts another phase of his adventures with a brand new companion, Lucie Miller - played by the award-winning Sheridan Smith, and an all-star supporting cast. Originally broadcast on BBC Radio 7.

I can’t wait to hear more of the Doctor and Lucie's travels.