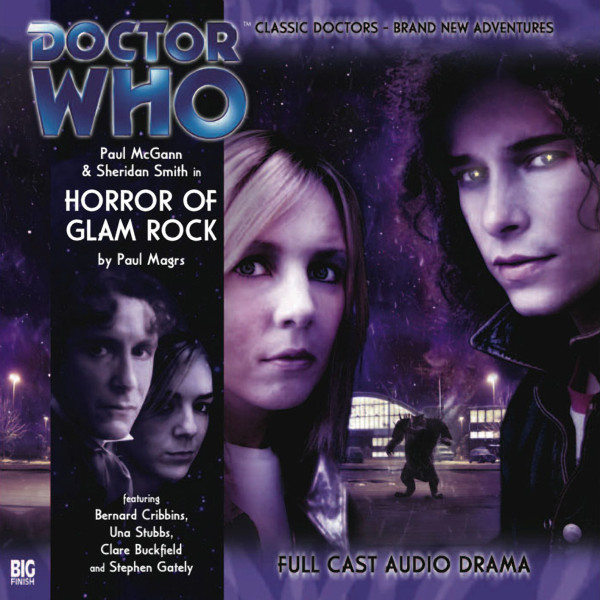 Download
US $8.99
Buy
Save money with a bundle Login to wishlist
41 Listeners
recommend this

The Doctor and Lucie go glam when the TARDIS makes an unexpected landing in 1974. Slade, The Sweet and Suzi Quatro are Top of the Pops - and brother-and-sister duo The Tomorrow Twins will soon be joining them, if the starmaking Svengali Arnold Korns has his way.

But will their dreams turn to dust at a service station somewhere on the M62, besieged by a pack of alien monsters?

This story takes place after the 1996 Doctor Who TV Movie, and after the Big Finish audio adventure Blood of the Daleks Part 2

Horror of Glam Rock is a great romp of a story that is lighthearted yet dark, fun yet emotional, brilliant yet farcical.