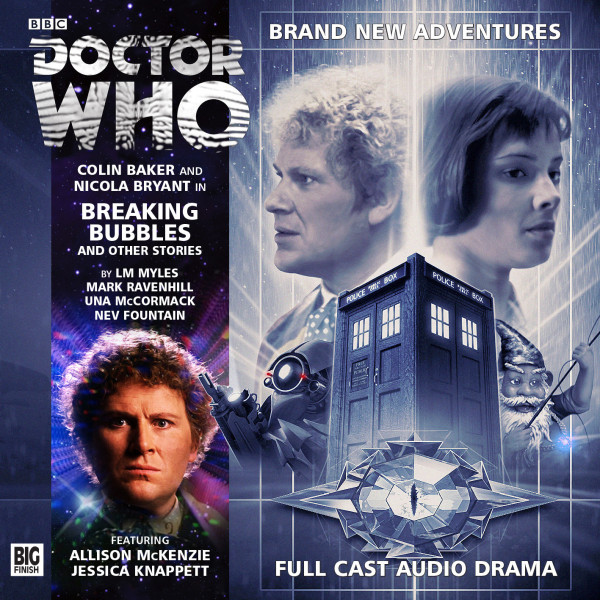 188. Doctor Who: Breaking Bubbles and Other Stories

An anthology of four tales on the theme of perception.

Breaking Bubbles by LM Myles
The Doctor and Peri find themselves in the palatial gardens of the deposed Empress Safira Valtris where nothing is ever quite what it seems.

Of Chaos Time The by Mark Ravenhill
Cast adrift in his own chronology, the Doctor must avert the consequences of a catastrophic experiment in using time as a weapon of war.

An Eye For Murder by Una McCormack
The year is 1939, and a case of poison pen letters at St Ursula’s College threatens to change the course of the Second World War. Fortunately thriller writer Miss Sarah Perry is on hand to investigate...