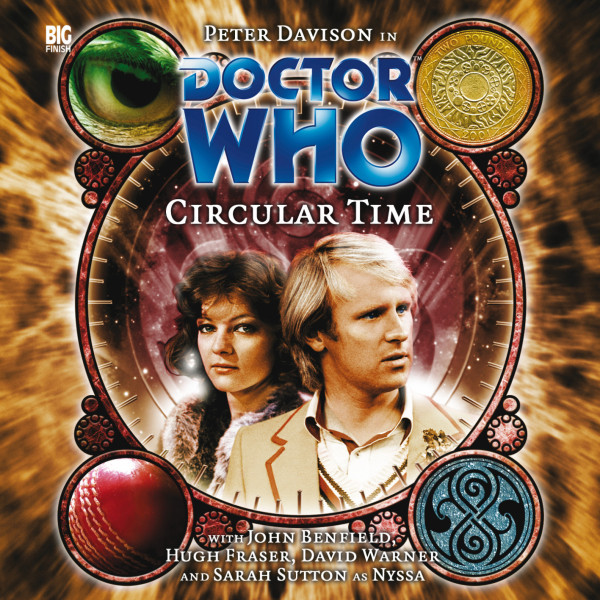 Summer to winter, the seasons turn.

In the springtime of a distant future, the Doctor and Nyssa become embroiled in Time Lord politics on an alien world. During the stifling heat of a summer past they suffer the vengeful wrath of Isaac Newton. In the recent past, Nyssa spends a romantic golden autumn in an English village while the Doctor plays cricket. And finally, many years after their travels together have ended, the two friends meet again in the strangest of circumstances.

Now close the door behind you, you're letting the cold in...

This story takes place between the television adventures Time Flight and Arc of Infinity.