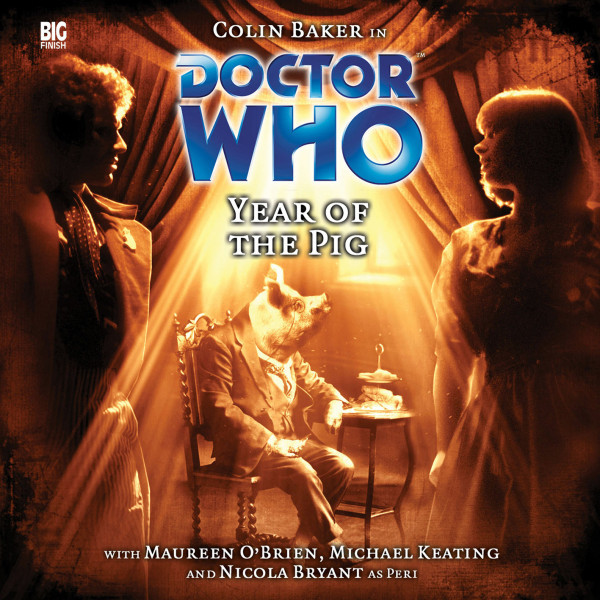 Ostend, 1913. War is coming. A war in which millions will die. And the guest in suite 139 of the Hotel Palace Thermae knows it. Which is odd, considering he has trotters, a snout and a lovely curly tail.

Toby the Sapient Pig is a swine on the run. Two peculiar strangers have been hunting him across Europe. The first, Miss Alice Bultitude, is an Englishwoman and collector of obscure theatrical ephemera. The second, Inspector Alphonse Chardalot, is a celebrated member of the detective police - the man who brought the trunk murderess of St Germain to justice.

This was supposed to be a reading week for the Doctor and Peri. Now they must do battle with a villain who wants to wipe every last human from the face of the earth - once he's had just another dish of truffles. And maybe a valedictory glass of fizzy lemonade.

This story takes place between the television adventures Timelash and Revelation of the Daleks.