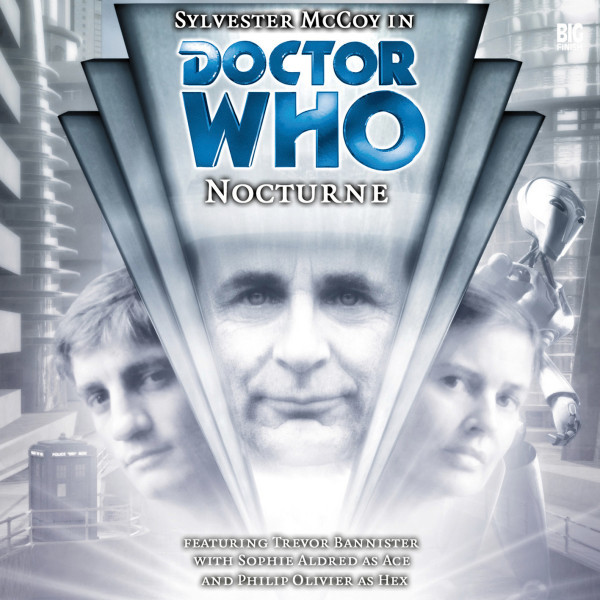 On the human colony planet Nocturne, there is suffering and blight, tragic symptoms of an ages-old war. Never the less, Nocturne is also one of the Doctor's favourite places in all of time and space, because it is here that a late, great flowering of human art - the High Renaissance - is taking place.

He has been back here many times. It is a place of music and art which he finds inspirational and uplifting. It is a place he wants to share with Ace and Hex. It's always been a safe haven for him, a world of friends and laughter.

But with strict Martial Law imposed on the front-line city, and the brutal scourge of interstellar warfare vicing the system, how safe can anyone really be?

There is a note of death in the wild, midnight wind...

This release includes behind-the-scenes interviews with all the members of the cast, including Sylvester McCoy, Sophie Aldred and Philip Olivier.

Trevor Bannister is best known for his portrayal of Mr Lucas in the long-running and ever-popular BBC sitcom, Are You Being Served. He also appeared as the villain in the original series of The Tomorrow People. At the time of recording Nocturne, Trevor was appearing with Sylvester McCoy in the musical Me and My Girl

Eric Potts had previously appeared in the new Doctor Who television series as one of the Slitheen.

To accomodate Sylvester McCoy's touring schedule with Me and My Girl, Nocturne was recorded in Manchester.