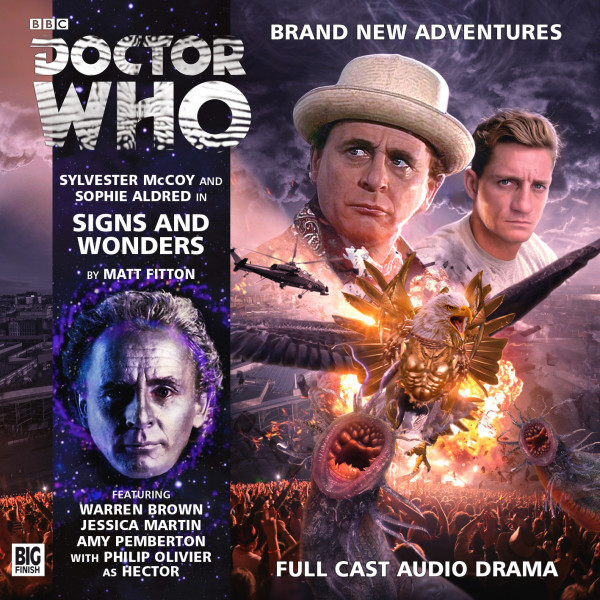 191. Doctor Who: Signs and Wonders

The end of the world is nigh. That’s what everybody is seeing in their nightmares. That's why they are congregating in Liverpool for the party to end all parties, hosted by Rufus Stone, a celebrity turned doomsday prophet. He claims he’s the only one who can save them when the day of judgement comes. Because he’s on the side of the angels.

The Doctor, Ace and Hector arrive to find the city in the grip of apocalypse fever. There are lights in the sky, earthquakes and power cuts. The Doctor is determined to investigate, while Ace is more concerned about finding a way of restoring Hector’s lost memories.

Meanwhile, in the river Mersey, hideous, slug-like creatures are stirring...