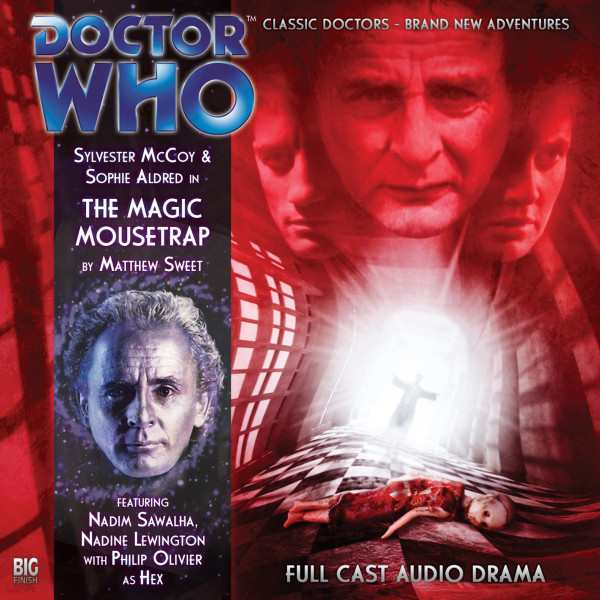 120. Doctor Who: The Magic Mousetrap

Switzerland, 1926: the Doctor finds himself halfway up an Alpine mountainside, on his way to an exclusive sanatorium for the rich and famous run by the Viennese alienist Ludovic ‘Ludo’ Comfort. In between bouts of electric shock therapy, Ludo’s patients – including faded music hall turn Harry Randall, chess grandmaster Swapnil Khan and Lola Luna, darling of the Weimar cabaret scene – fill their time with endless rounds of Snap!, among other diversions.

But the Doctor soon suspects that someone’s playing an altogether more sinister game. Someone with a score to settle…

Recorded on: 5 and 7 November 2008
Recorded at: Moat Studios

This adventure takes place after the TV story Survival.