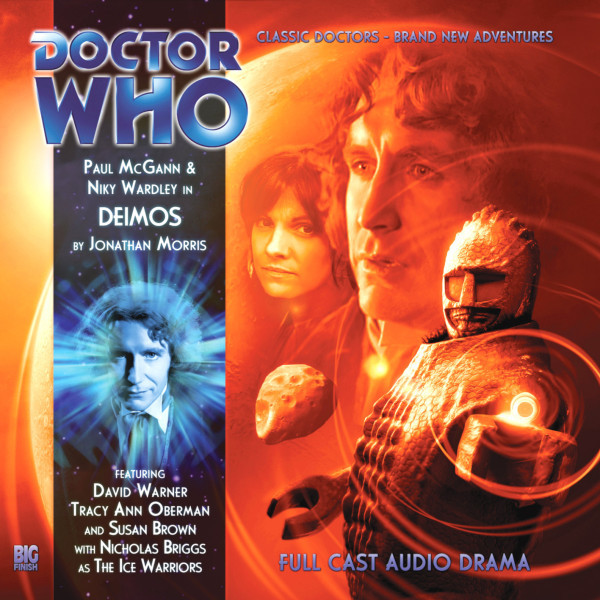 CD + Download
US $7.37
Buy
Download
US $6.14
Buy
Save money with a bundle Login to wishlist
22 Listeners
recommend this

Millions of years ago, the noble Ice Warriors fled to Deimos, moon of Mars, hoping to sit out the radioactive death throes of their home planet. When the TARDIS lands on Deimos, the Doctor discovers that the Warriors' ancient catacombs are now a popular stop for space tourists.

But the Martian dynasties are more than history, and the Warriors are far from extinct. It's not for nothing that 'Deimos' is the ancient word for 'dread'…

Note: The adventure continues in Doctor Who: The Resurrection of Mars

It’s hard to know where to begin with a Doctor Who story like Deimos. On the surface, it comes across as a straightforward fight for survival against a ruthless enemy... But it’s only half of a story. A story that could, quite possibly, be one of the greatest Ice Warrior stories in any medium.