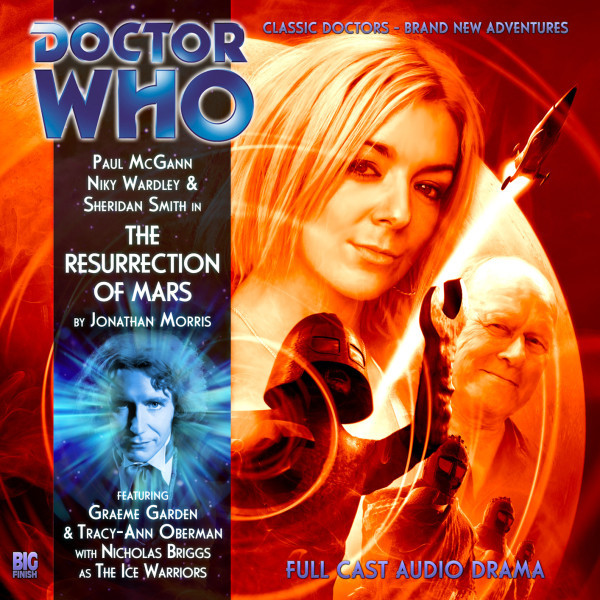 4.6. Doctor Who: The Resurrection of Mars

CD + Download
US $7.37
Buy
Download
US $6.14
Buy
Save money with a bundle Login to wishlist
18 Listeners
recommend this

Deimos, moon of Mars - where Lord Slaadek's plans to revive the ancient Ice Warrior civilisation hang by a thread. Only the Doctor can stop him… but an old enemy, hiding in the catacombs, has an alternative plan. A plan that will test the Doctor's heroism to its limits. Just how far will the Doctor go to prevent the destruction and resurrection of Mars - on a day when his friends become enemies, and his enemies have right on their side?

Note: This adventure continues from Doctor Who: Deimos

The Resurrection of Mars is an absolutely brilliant release, and perhaps one of the greatest Eighth Doctor stories. It packs in a lot in its running time, but it does a great job of fleshing them out beautifully. It changes the relationships and dynamics of virtually all the major characters in the story. It’s also very effective at focusing on the Doctor and exploring why he is the way he is, at least in this incarnation. Highly recommended listening (along with Deimos, of course) for any Doctor Who fan!