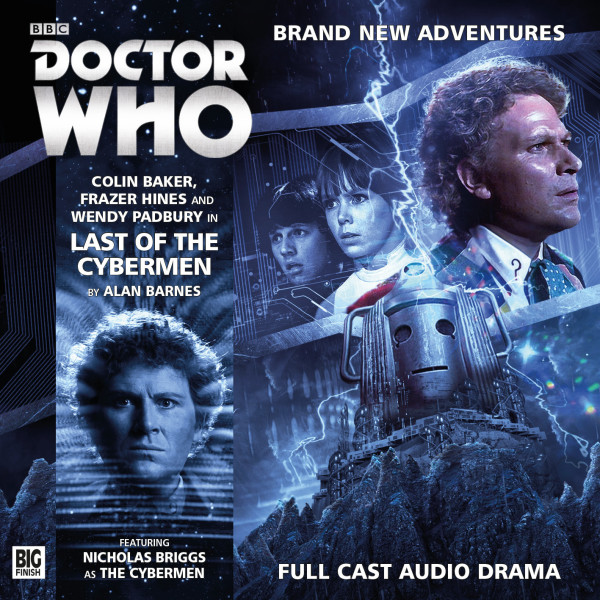 Login to unlock for free!
Login to wishlist
15 Listeners
recommend this

It's been ten years since the final assault on Telos, the last act of the Great Cyber War. Thanks to the Glittergun, humanity prevailed – and the half-machine Cybermen were utterly obliterated.

Out on the furthest fringes of the galaxy, however, they left their mark – in the form of a giant Cyber-head, hundreds of feet high. A monument? A memorial? A tomb? The Doctor, the Cybermen's most indefatigable adversary, sets out to investigate... but he fails to return to his TARDIS. Leaving the Ship, his two companions – brave Highlander Jamie MacCrimmon, and super-intelligent Zoe Heriot – find a stranger in the Doctor's place. A stranger in a coat of many colours, who insists that he's the Doctor – transposed in time and space with one of his former selves...

But why here? Why now? Has the universe really seen the last of the Cybermen..?

The complete story can be found here: Doctor Who: Last of the Cybermen.