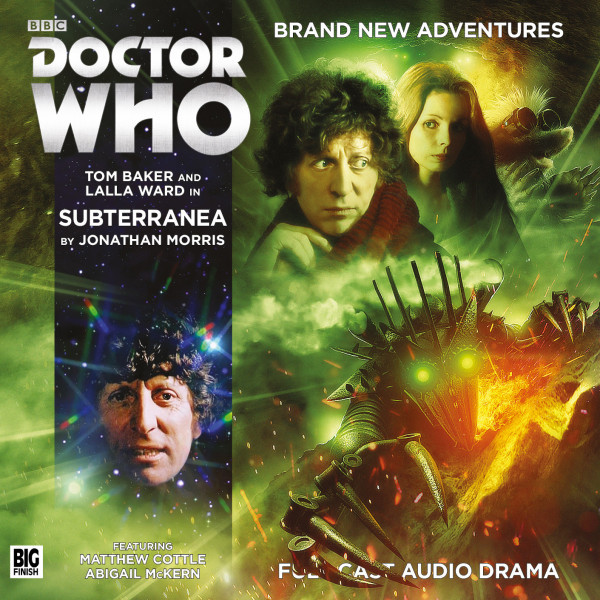 CD + Download
US $13.30
Buy
Download
US $8.99
Buy
Save money with a bundle Login to wishlist
7 Listeners
recommend this

The TARDIS is going underground. When the Doctor and Romana find themselves buried beneath the surface of an alien world, they're soon swallowed up by a giant burrowing machine. This is where the inhabitants of this planet live - in huge, constantly moving, Drill-towns, chewing up the fuel and resources of the planet in order to survive.

The Silex are hunting.

Director Nicholas Briggs again pulls together the best of the best to make, what could be an average story, fun and worthy of multiple listens. He knows Doctor Who and Big Finish listeners so well that it feels almost like cheating to turn out product this enjoyable. If you’re looking for more of what Big Finish and the Fourth Doctor do, this is a great fix.

So, like most Big Finish audios, Subterranea is a faithful and well-produced addition to a classic era of Doctor Who, and like the best ones, it finds a way to elevate itself from a generic Who story into something a little special – in this case, the sheer whimsy of mole aliens playing at Dickens. Set aside an hour for this, and fun is guaranteed.

The music is also very good and does indeed call to mind the era of Doctor Who this adventure would fit into. There is something so evocative of this recreation of a style of music from a Doctor Who era when done right and here it is done perfectly.