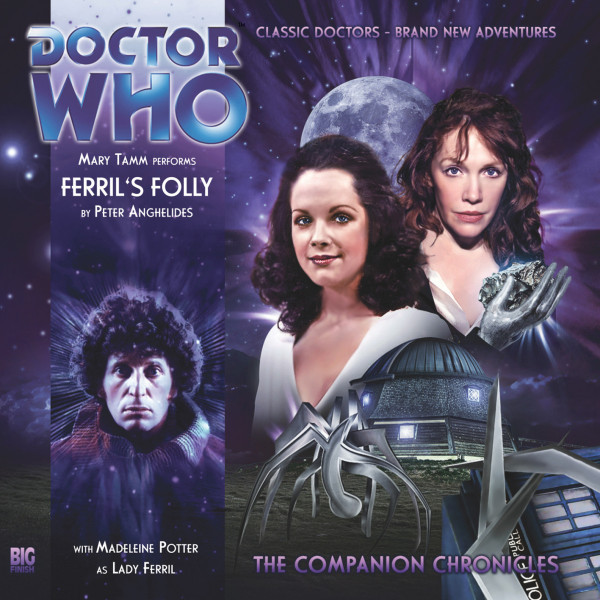 Download
US $3.70
Buy
Save money with a bundle Login to wishlist
6 Listeners
recommend this

The search for the fourth segment of the Key to Time brings the Doctor and Romana back to Earth in the present day.

In a small village in Norfolk, former astronaut Lady Millicent Ferril has established an observatory, tracking a meteorite from the Cronquist System. It is a meteorite that almost killed her years before – and perhaps left her not entirely human.

As Ferril’s power grows, so does her influence. She can control metal. And anything metal – from a suit of armour to a bicycle – is now lethal...

Recorded on: 1 November 2010
Recorded at: The Moat Studios

This story takes place between The Stones of Blood and The Androids of Tara.