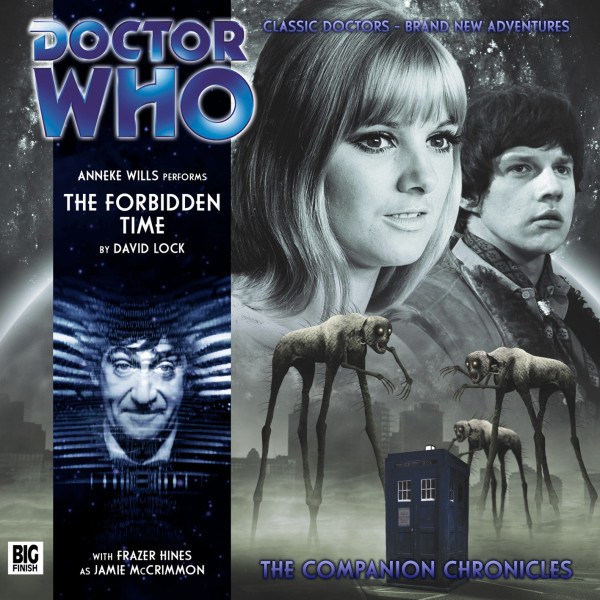 5.9. Doctor Who: The Companion Chronicles: The Forbidden Time

Download
US $3.59
Buy
Save money with a bundle Login to wishlist
18 Listeners
recommend this

Time Walkers have descended upon the Earth. This alien race, known as The Vist, has claimed an area of time for itself – any species entering into the immediate future will pay the most terrible forfeit.

The human race is in a state of panic, but one woman knows the truth. Her name is Polly Wright, and she visited that future many years ago, with the Doctor, Jamie and Ben.

She has stepped into the Forbidden Time – and this is her story...