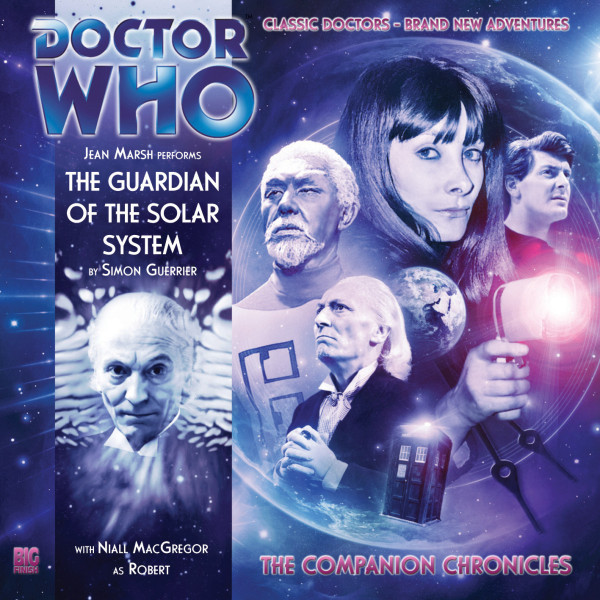 5.1. Doctor Who: The Companion Chronicles: The Guardian of the Solar System

Download
US $3.65
Buy
Save money with a bundle Login to wishlist
22 Listeners
recommend this

Space Security Agent Sara Kingdom is dead, her ashes strewn on the planet Kembel. But, in an old house in Ely, Sara Kingdom lives on...

Now joined in the house by her confidante Robert, Sara recalls her travels in the TARDIS with the Doctor – and a particular adventure when the ship appeared to land inside a giant clock, where old men are caught in its workings...

And behind this nightmare is an old enemy: Mavic Chen, Guardian of the Solar System.

Then and now, Sara's past is catching up with her. The cogs have come full circle...

Recorded on: 25 November 2009
Recorded at: The Moat Studios

This story takes place between episodes seven and eight of The Daleks' Masterplan.

1. The Old Men in the Clock

2. The Guardian of the Solar System