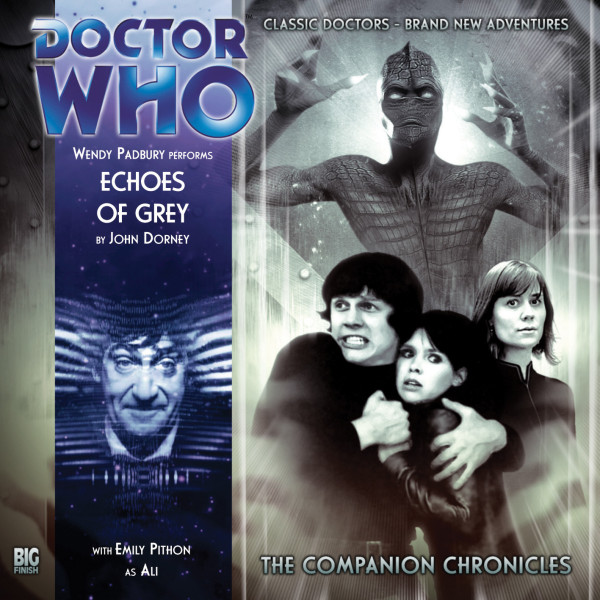 5.2. Doctor Who: The Companion Chronicles: Echoes of Grey

Download
US $7.99
Buy
Save money with a bundle Login to wishlist
7 Listeners
recommend this

Zoe Heriot has a photographic memory. Total recall. But when it comes to the years she spent travelling in time and space, all she can remember is that she has forgotten.

Years after she was returned to the Wheel in Space by the Time Lords, Zoe meets Ali, a young woman who claims to have met Zoe before, when she was with the Doctor and Jamie. Suddenly, part of the hidden past is exposed, as memories return of a visit to the Whitaker Institute in Central Australia. Secrets are uncovered. And the mystery of the Achromatics is about to be unleashed...

Recorded on: 23 October 2009
Recorded at: The Moat Studios