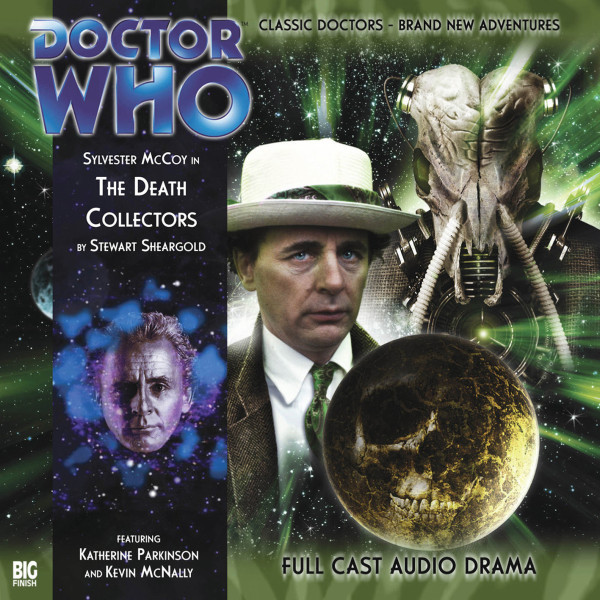 109. Doctor Who: The Death Collectors

The Death Collectors (a 3 part story)

A virulent disease that killed millions. A missing scientist. An ancient race of salvagers who collect and preserve the dead. The quarantined planet Antikon connects them all. When the Doctor arrives on a sky station above Antikon, a single accident has already set in motion a chain of events that will mean the death of every living thing. And the only way he can stop it is to die. Again.

It is the eve of battle and the Martial Princesses Louise and Alison are hosting a royal ball.  But there are unwelcome visitors in the garden and a sequence of events spiralling out of control.  And what's more, the Doctor doesn't even remember arriving.

Chronological placement:
This story takes place between the television adventures Survival and the 1996 TV Movie, and after the Big Finish audio adventure Frozen Time.