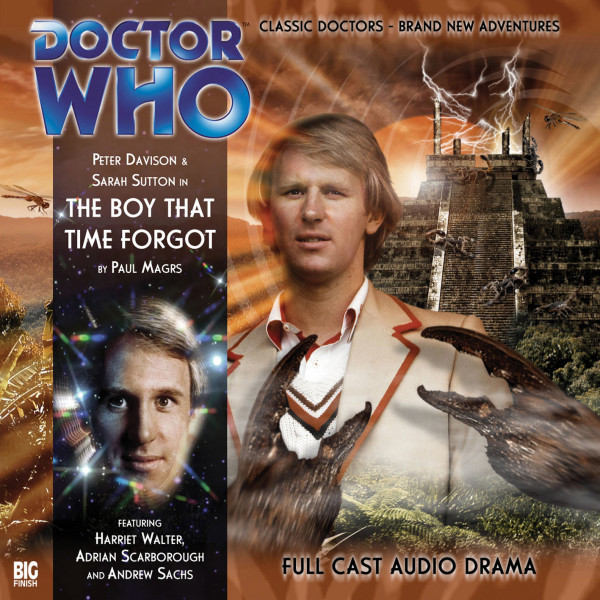 110. Doctor Who: The Boy That Time Forgot

A lost world. A prehistoric civilization. A dark secret.

The Doctor and Nyssa find themselves transported from Victorian London back to the dawn of time, accompanied by debonair adventurer Rupert Von Thal and no-nonsense novelist Beatrice Mapp. Together these unlikely heroes must brave primitive jungles and battle ravening insects as they make their way to the city of the giant scorpions, ruled over by... the Boy That Time Forgot.

Chronological placement:
This story takes place between the television adventures Time-Flight and Arc of Infinity, and after the Big Finish audio adventure The Haunting of Thomas Brewster.