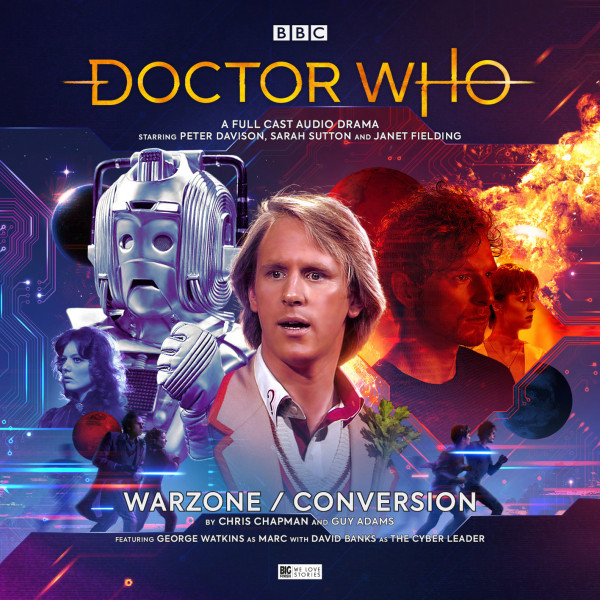 At Warzone, competitors gather from across the galaxy to test the limits of their endurance and achieve their personal best. So, when the TARDIS materialises in the middle of a racetrack, the Doctor and his friends must literally run for their lives.

On the fringes of the galaxy, techno-pirates and research medics fight for the secrets of advanced extra-terrestrial technology. For the Doctor, however, a more personal battle awaits as he confronts his own guilt and the creatures that killed a friend: the Cybermen.