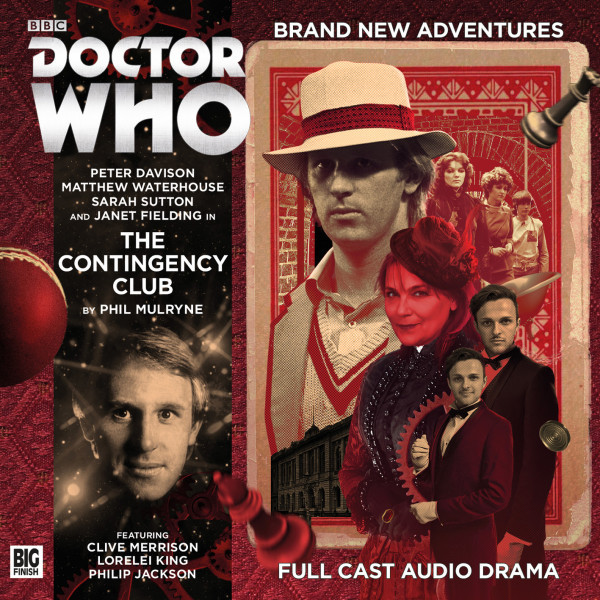 222. Doctor Who: The Contingency Club

London, 1864 - where any gentleman befitting the title ‘gentleman’ belongs to a gentlemen’s club: The Reform, The Athenaeum, The Carlton, The Garrick… and, of course, The Contingency. Newly established in St James’, The Contingency has quickly become the most exclusive enclave in town. A refuge for men of politics, men of science, men of letters. A place to escape. A place to think. A place to be free.

The first rule of the Contingency is to behave like a gentleman. The second is to pay no heed to its oddly identical servants. Or to the horror in its cellars. Or to the existence of the secret gallery on its upper floor… Rules that the Doctor, Adric, Nyssa and Tegan are all about to break.