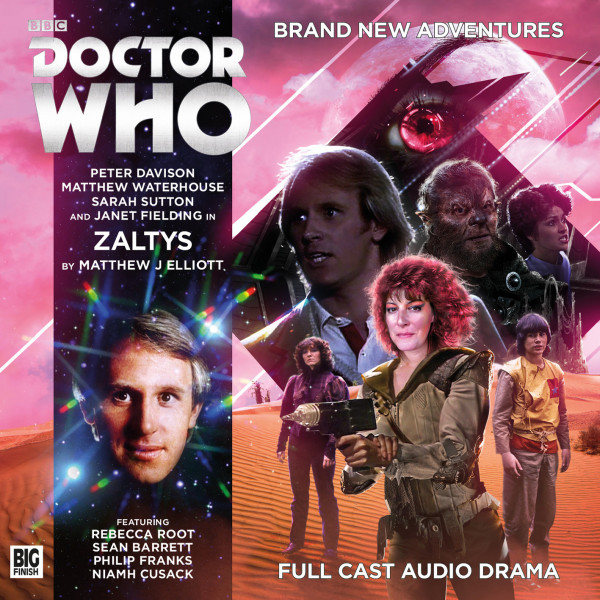 “they have got the characterisation spot on through-out and this is no exception. There audios may have even done a better job of realising the ‘USP’ behind the characters than they got in a lot of the stories on TV“ - Indie Mac User

"I cannot recommend this release highly enough, best main range release this year so far and an essential purchase for anyone who is a fan of Season 19. 10/10" - Planet Mondas

"The story manages to be the sequel to an unseen adventure for the Third Doctor and Jo Grant – one which we would very much like to hear!" - Cultbox

"Zaltys is a full tilt, immersive tale that isn’t afraid to bump off, and do all manner of awful things, to its players in the name of good storytelling." - MassMovement

"Big Finish provides us with a fun and explosive new release featuring the fifth doctor, Nyssa, Tegan and Adric. It’s a good one so strap in for a bumpy ride! 9/10 " - Blogtor Who

In the Vortex, the TARDIS comes under a form of psychic attack – resulting in the abductions of first Adric, then Tegan. Following their trail, the Doctor and Nyssa arrive under the lurid skies of the planet Zaltys, whose entire population has vanished in strange circumstances. Soon, they discover that Zaltys is now the target of treasure seekers, come to scavenge this so-called Planet of the Dead…

Meanwhile, deep below the planet’s surface, Adric learns the earth-shattering reason why the people of Zaltys disappeared... and why they were wise to do so. And Tegan is, quite literally, in the dark – enduring interrogation by the mysterious Clarimonde. Any friend of the Doctor’s is Clarimonde’s enemy... because theirs is a blood feud!