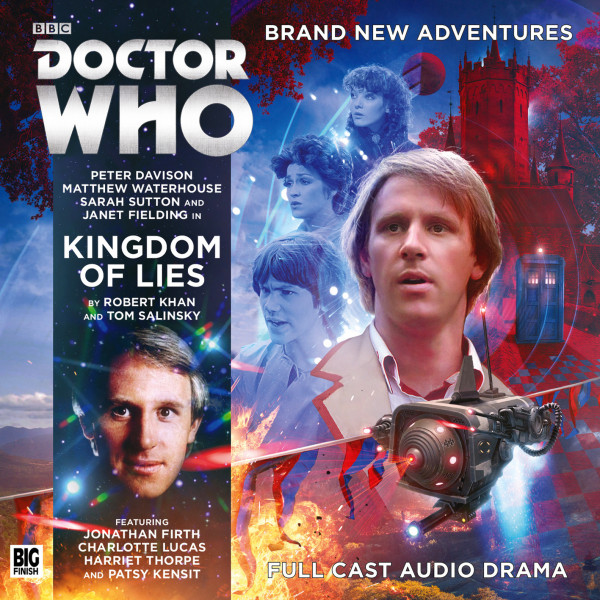 "10/10.‘Kingdom of Lies’ is a superb character-driven drama that delivers on all fronts and makes a wonderful start to Doctor Who’s 2018." - Blogtor Who

“… it is rollicking good fun - a giddy Shakespearean farce of decoys, doppelgangers and misunderstandings… The Undeadly Assassin, if you will.” - Doctor Who Magazine

"It’s a great piece of entertainment, and an antidote to grim January weather." - Starburst

“The Doctor and Co find themselves caught between the crossfire of a loveless marriage on a alien world, with both sides plotting against each other and the doctor as the hired hit man... what could possibly go wrong? A rather unique theatrical romp" - The Host Productions

"Cardenas comes to life as an engaging locale that begins Big Finish’s 2018 Doctor Who output on a definite high." - Doctor Who Reviews

"A brilliant and funny addition to the monthly range." - Tin Dog

"10/10 this is a very bold and genuinely amusing start to the year's Big Finish offerings and all praise must go to the writers, the cast (both regular and guest) and Edwards' direction." - Doctor Who Online

"Kingdom of Lies is fun, fun, fun and will leave a smile on your face from beginning to end." - The Digital Fix

On the planet Cicero Prime, the kingdom of Cardenas is divided, with the whole population forced to swear allegiance to either the effete Duke or the fiery, hard-edged Duchess. This is a situation both parties have grown tired of. What use is half a kingdom when, thanks to a carefully engineered murder, you could have it all?

Surely, neither of them would be rash enough to summon the deadly off-world assassin The Scorpion to help with their problem? And surely, this terrifying figure wouldn’t arrive wearing a long cream coat and striped trousers…?