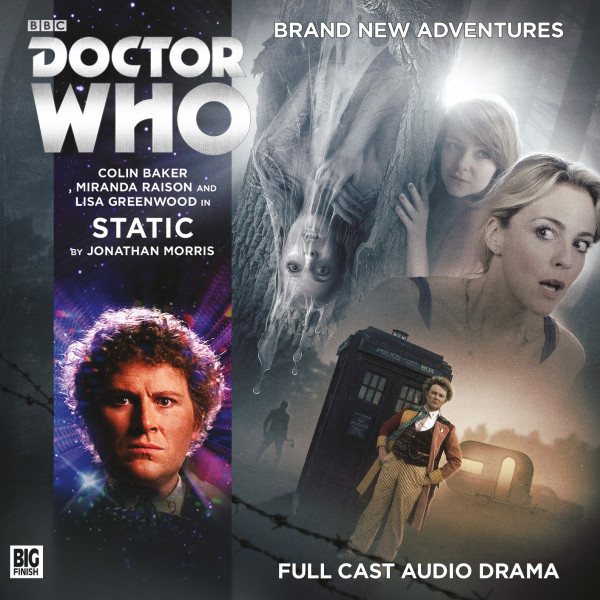 Deep in the heart of nowhere, near a place called Abbey Marston, there’s a caravan site. The perfect place to get away from it all. Close by, there’s a stone circle they used for human sacrifice in olden times. A little further afield, there’s an old RAF research station, where they did hush-hush things in the War.

There’s only one rule: the use of radios, cassette recorders and portable televisions is strictly forbidden.

No-one wants to hear the ghosts.

A brilliant addition to a superb run of 6th Doctor Stories. I don't say this lightly, but I think it's better than Chimes Of Midnight.

A strong contender for one of the best releases of this year.

This story boasts all the fear factor that made The Chimes of Midnight a firm fan-favourite. It seems likely that Static will gain the same renown, and deservedly so in this chilling production. 10/10

Static is another stellar entry full of atmosphere, horror and great storytelling. We all love a good Christmas ghost story and that makes Static the perfect audio to end the year on.

Static is a chilly tale, unafraid to explore our reaction to death. It’s also much more than that – it’s a good story, well told, well acted and well produced. Long live the main range!

Static is a superb science fiction tale that exemplifies the best of the franchise and the genre, ending 2017 on a fantastic high for this robust TARDIS trio. 5/5

When it comes to Big Finish, sometimes one can tell just from the opening strands of a story that…this one is going to be different. That something special is happening here. Static is one of those stories.