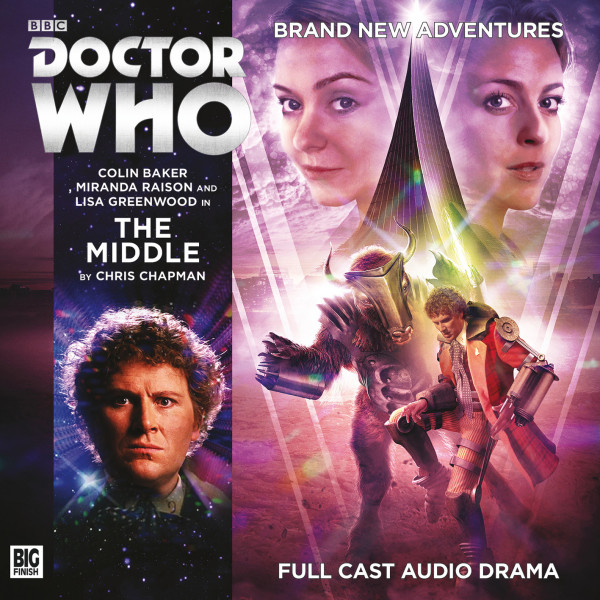 "10/10 This enjoyable yarn is high concept sci-fi at its best. The piece is a clever and topical commentary on age and its role in society...The Middle is a beautifully paced, thought-provoking and enjoyable piece of high concept science fiction. Definitely worth a listen if you’re a fan of hard Sci-Fi and enjoy the Sixth Doctor. Just remember…the End is the Beginning…" Blogtor Who

"This is a great ‘fun-house mirror’ for our modern society on one hand, whilst a marvellous sci-fi bit of escapism on the other." Indie Mac User

“This episode brings a whole new approach to the "generation gap" concept, A refreshing script that utilizes it TARDIS team incredibly well making the fear of growing old very much a reality” The Host Productions

It’s L/Wren Mrs Constance Clarke’s birthday - and Flip is determined to make it an anniversary to remember.

The futuristic colony of Formicia, where the pampered populace pass their days in endless leisure, seems the perfect place for a ‘Wren Party’. But all is not as it seems. Looking down from the Middle, the skyscraping tower that ascends as far as the colony ceiling, Formicia’s overseers can see that the Doctor doesn’t fit in - and it’s not just his coat that makes him conspicuous...

“The End is the Beginning,” say the propaganda-like posters all over Formicia. Because to be part of this perfect society comes at a price. And the Doctor's already in arrears.