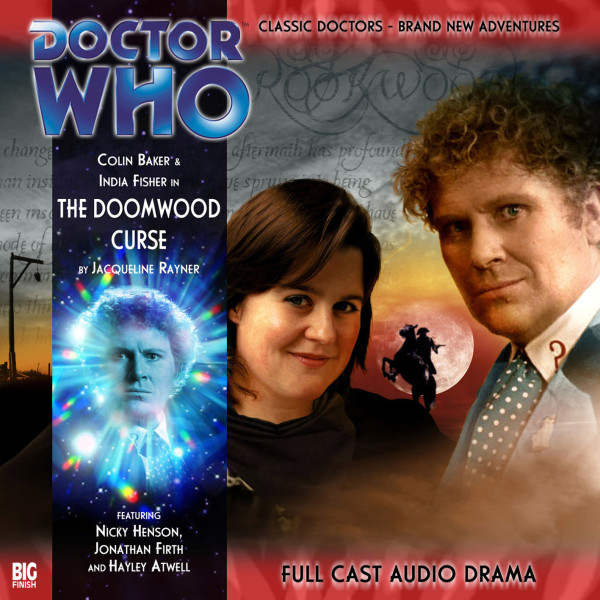 111. Doctor Who: The Doomwood Curse

Curses and tombs, revenge from beyond the grave - and Dick Turpin!

England, 1738. On the trail of a lost book, the Doctor and Charley arrive at the beautiful country estate of Sir Ralph and Lady Sybil. But all is far from idyllic. There’s a murderer on the loose, and the nearby woods are the haunt of the notorious highwayman Dick Turpin.

And that’s not all. Something else has journeyed here. Something that could destroy the very fabric of reality. The Doctor and Charley have just forty-eight hours to solve the mystery before the whole world succumbs to the Doomwood Curse.

This story takes place between the television adventures The Trial of a Time Lord and Time and the Rani, and after the Big Finish audio adventure, The Condemned.