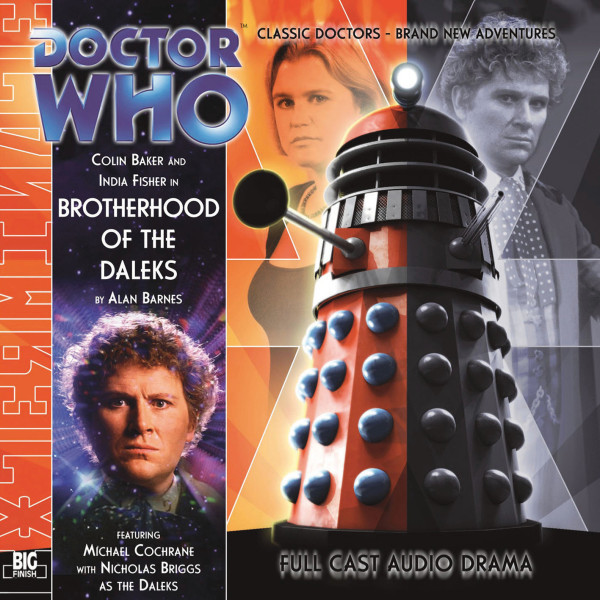 114. Doctor Who: Brotherhood of the Daleks

The TARDIS makes a return trip to the jungle planet of Spiridon, where the Doctor and Charley fall in with a lost platoon of shellshocked Thal soldiers - victims of a sneak attack by their blood enemies, the Daleks.

Besieged by deadly flora, surrounded by invisible monsters, and with all hope of rescue gone, the Thals are the victims of a grim experiment in psychological warfare.

With the very nature of reality under threat, the Doctor and Charley need each other more than ever. But dark forces are conspiring to tear them apart...

This story takes place between the television adventures The Trial of a Time Lord and Time and the Rani, and after the Big Finish audio adventure The Doomwood Curse