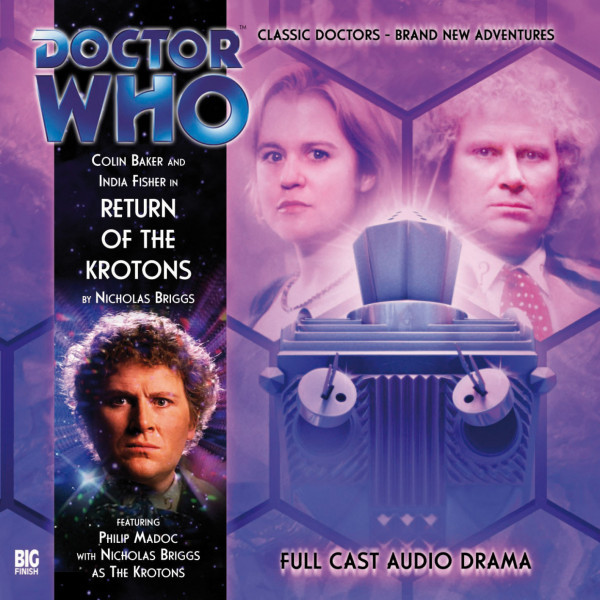 Doctor Who: Return of the Krotons

The dead planet Onyakis is being plundered by the last survivors of the human race, and their leader, Commander Cobden, will stop at nothing to get what he wants. Already there are rumours of those who stand against him mysteriously disappearing. But when the Doctor and Charley find themselves on the side of those trying to expose Cobden, they discover something far more sinister.

Deep in the mines of Onyakis, alien technology is reactivating. Power is flowing. Something is forming in the darkness...

This story takes place between the television adventures The Trial of a Time Lord and Time and the Rani and after the Big Finish audio adventure Brotherhood of the Daleks.

This special, one-disc story was originally released free to Monthly Adventures subscribers with The Raincloud Man in December 2008.