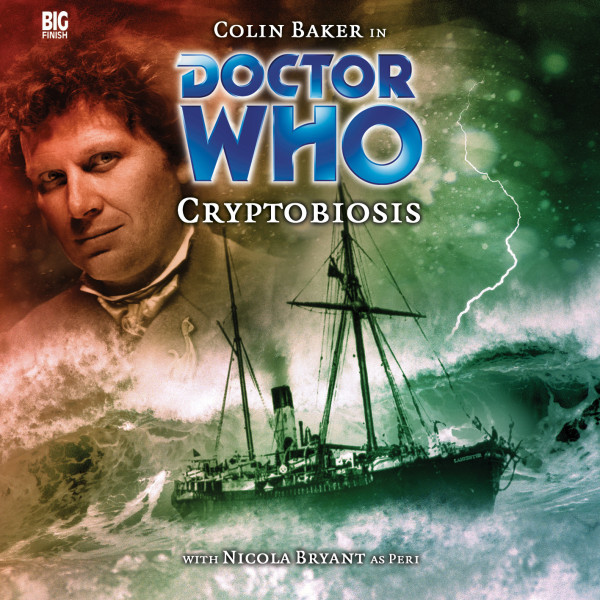 There's a ship out there, on the ocean.

She's called Lankester and, every year, she sails from Madagascar to New Orleans and back again. Every year. Without exception. Regular as clockwork.

Her schedule is never behind. Her cargo is always fresh.

This trip, she has passengers. The passengers have baggage.

And the baggage might just be enough to sink her...

This story takes place between the television adventures Revelation of the Daleks and The Trial of a Time Lord.

This special, one-disc story was originally released free to subscribers with Other Lives in December 2005.

We chatted to Elliot about this adventure: "I'd seen a series of TV adverts at the time for a variation on a children's toy range and I was aware the subject had never been featured before in Doctor Who in any medium (as far as I know!). I'd also been reading about haunted sea vessels, so the two strands together gave me the bones for my story. I knew I wanted, too, from day one: to bring Peri to the forefront. Inspired by the direction the new TV series was taking, certainly with the way Rose was written, I wanted Nicola to carry the story more than was usual and for her character be the catalyst of events.

"I was wrestling with the title for a while, toying with nautical-themed ones such as 'Crossing the Line', 'Trade Winds' and 'Dead Reckoning', but because the story, in essence, told the tale of a hitherto unseen race of subaqua creatures (and I wanted a unique-sounding stand-out title) I settled upon 'Cryptobiosis', which basically means 'secret life '."