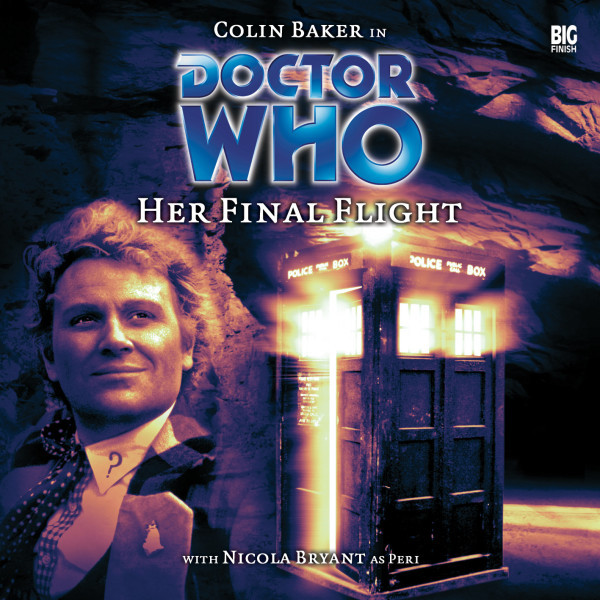 Doctor Who: Her Final Flight

When the Doctor lands on Refiloe, he's not impressed.

In fact, he doesn't intend to stay for more than just a few minutes.

But someone has decided that the TARDIS has made her final flight.

Someone whose future depends on the Doctor's death.

This special, one-disc story was originally released free to subscribers with The Next Life in December 2004.

We caught up with Julian about this unique story. “When I was growing up, Doctor Who was on audio. On Saturday evenings the tape recorder would be strategically placed in front of the television, and my family would be cajoled into silence for the next half hour. In the weeks that followed, the stories would take on greater proportions as I re-listened and re-imagined them. It should’ve been no surprise then to find that Big Finish rekindled my dying flames of enthusiasm for the show. What I’d never imagined, however, was that they’d also spark a flame of ambition in me to write my own story.

“My thanks then to Gary (Russell), Colin, Nicola and the gang for letting my story take flight; to Davy (Darlington) for being so accommodating to my incidental music requests - on which note I also owe a huge debt of gratitude to Julian Harris, for generously donating the time and talents of St.James’s Singers to add an extra layer of authenticity; also to my wife, Elizabeth, who despite having no love for Doctor Who, nevertheless sealed up several gaping plot holes in the earlier versions of the story! Finally, I’d like to dedicate this story to Matthew Hobbs and Andrew Diamond, for their bucket loads of encouragement and support from the beginning of my mad imaginings that I might be capable of writing this.

"Now it’s complete, I can only hope you’ll enjoy it half as much as I’ve adored each moment of writing it. It’s been a wonderful reminder that dreams can, and sometimes do, come true.”