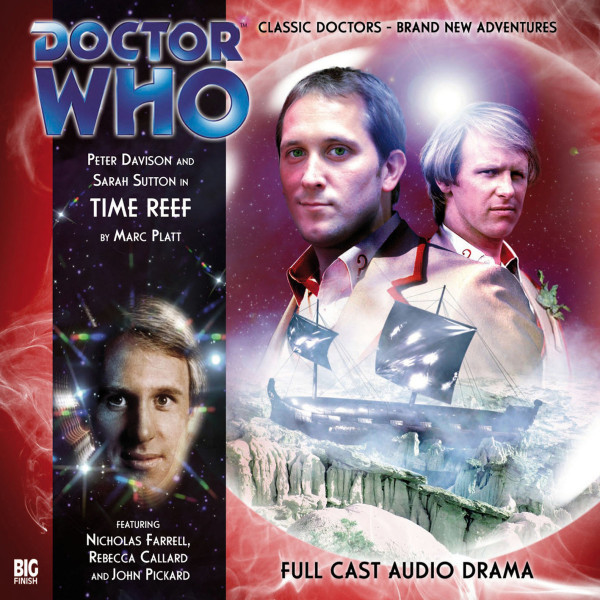 A curse on this damned reef - and curse the Doctor who brought us here!

Drawn by the siren call of a distress beacon, the TARDIS crash-lands on an uncharted time reef. However, the Doctor, Nyssa and Brewster are not the only mariners marooned on this barren rock. Commander Gammades and his crew of returning war heroes have been similarly shipwrecked, as has the beautiful but mysterious Lady Vuyoki.

But there's something else here, too. A thing of darkness which crawls blindly across the surface of the reef hunting for prey: the Ruhk.

A Perfect World (a one-part story) by Jonathan Morris:

Who wouldn't want a perfect world? Thomas Brewster for one.

This story takes place between the television adventures Time-Flight and Arc of Infinity, and after the Big Finish audio adventure, The Boy That Time Forgot