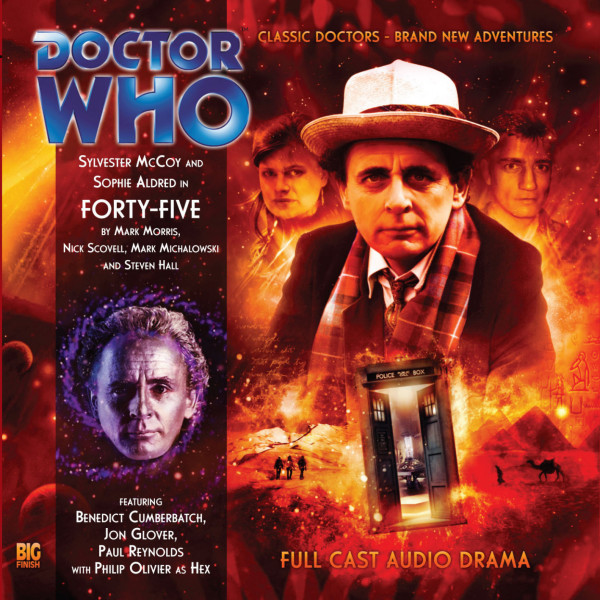 Four interlinked adventures in time and space to mark Doctor Who's 45th anniversary, featuring the Seventh Doctor, Ace and Hex.

In Egypt, archaeologist Howard Carter unearths an ancient secret buried in the Valley of the Kings. On an island of Mendolovinia, a deranged academic attempts to push back the frontiers of the human mind. In war-torn London, a cockney spiv takes possession of a bizarre alien object. And in a military bunker in the cold heart of Antarctica, the strangest and deadliest of the Doctor's many enemies lies in wait...

In the blistering heat of the Egyptian desert Howard Carter and his team search for the lost tomb of Userhat, a servant of the god Amun. What they discover sheds new light on the history of the world as we know it.

Order of Simplicity by Nick Scovell

Dr Verryman has devoted his life to the advancement of knowledge. When his experiments on a remote planet threaten the entire human race only the Doctor can help - if he puts his mind to it.

Casualties of War by Mark Michalowski

Opportunity knocks in postwar London. But when a tea leaf steals from the wrong woman it becomes a race against time to discover the truth. Only some truths are best left untold.

The Word Lord by Steven Hall

In a top-secret military bunker deep beneath the Antarctic ice a mysterious death threatens peace negotiations and could spell disaster for the inhabitants of Earth. Can the Doctor cross the t's and dot the i's? Or will his efforts get lost in translation?

These stories take place after the television adventure Survival.