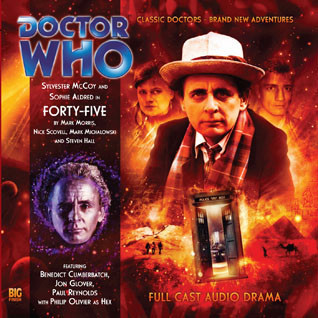 Login to unlock for free!
Login to wishlist
32 Listeners
recommend this

The Word Lord by Steven Hall

In a top-secret military bunker deep beneath the Antarctic ice, a mysterious death threatens peace negotiations and could spell disaster for the inhabitants of Earth. Can the Doctor cross the t's and dot the i's? Or will his efforts get lost in translation?

This free download is an episode from Doctor Who: Forty-Five