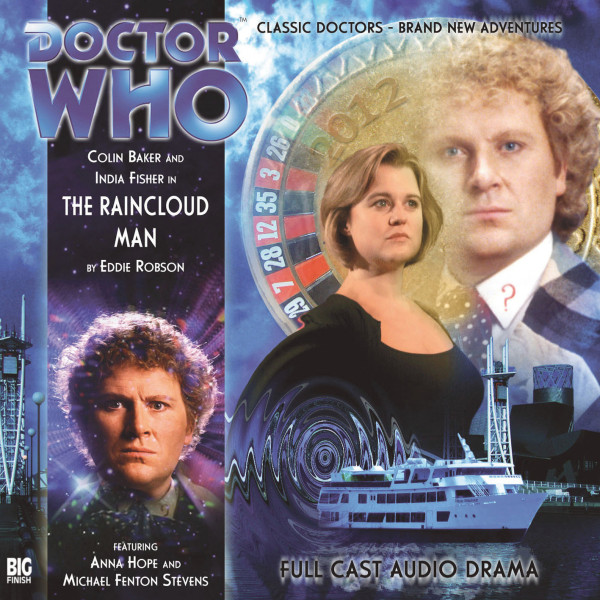 116. Doctor Who: The Raincloud Man

Having just defeated the Krotons, the Doctor is treating Charley to a hearty English breakfast, when an intriguing mystery suddenly presents itself. And to solve it, they must plunge back into the criminal underbelly of Manchester, where an old friend is up to her neck in alien trouble.

But what seemed like a mere mystery ends up being a life or death struggle at the centre of an interplanetary war in which the stakes are so high, the Doctor or Charley must gamble and lose their identity. And throughout, the lone figure of the Raincloud Man may hold the key to success or failure.

This story takes place between the television adventures The Trial of a Time Lord and Time and the Rani, and after the Big Finish audio adventure Return of the Krotons