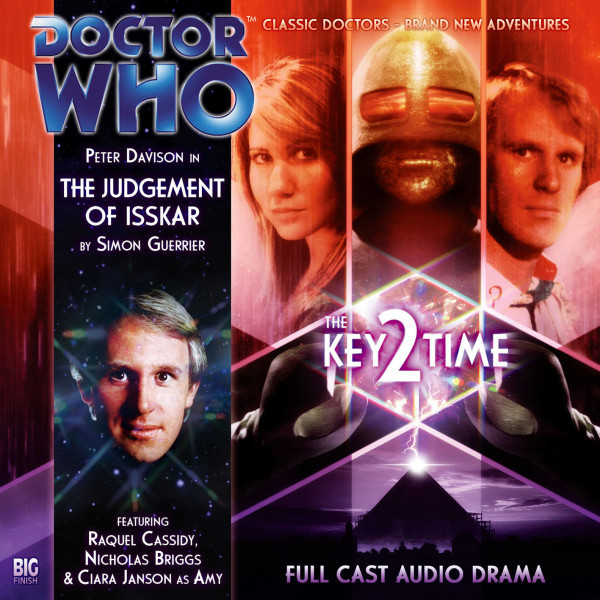 A new adventure in time and space for the Fifth Doctor and his companion, Amy as they search for the Key to Time.

On a planet where Time stands still, the Doctor meets a woman who is just a few minutes old. She is a Tracer, sent into our Universe by her makers to locate the six segments of the Key to Time. This being without a name wants the Doctor to be her assistant, but she doesn’t tell him the whole truth. Not at first.

Their first port of call is Mars, where a society that one day will become Ice Warriors lives in peace and civility. But the Doctor’s arrival will change all that. The universe is dying, a choice must be made, and the Judgement of Isskar will be declared. The price must be paid - even if it takes centuries...