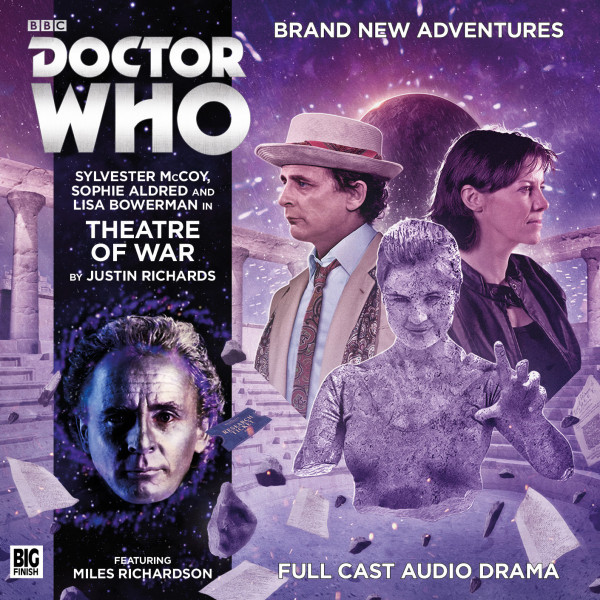 7. Doctor Who: Theatre of War

CD + Download
US $18.47
Buy
Download
US $16.00
Buy
Save money with a bundle Login to wishlist
17 Listeners
recommend this

Years ago, an archaeological expedition came to Menaxus to explore the ruins of an ancient theatre. All but one of the team died. Now the only survivor has returned, determined to uncover the theatre’s secrets.

But then the deaths begin again.

The Doctor, Ace and Benny find themselves caught up in the very real events of Shakespeare’s greatest play. When they finally reach the theatre on Menaxus, the Doctor begins to realise that the truth about the planet may be far stranger than anyone imagined. With Benny doing research at the Braxiatel Collection, the Doctor and Ace head straight into an interplanetary war…

Based on the original 1994 New Adventures novel by Justin Richards.

A great adaptation of a fan favourite, revealing more with each listen. Buried treasure indeed.