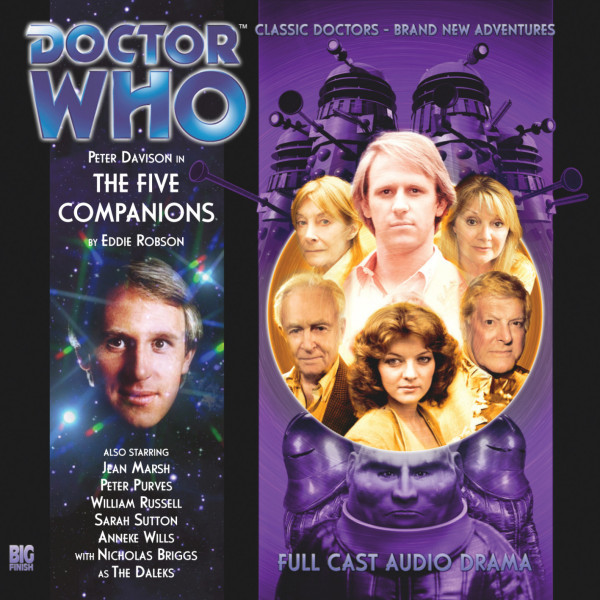 Login to wishlist
22 Listeners
recommend this

The Fifth Doctor meets up with his distant past – the schoolteacher who settled down, the space pilot who became a King, the security agent who died and lived again and the swinging Sixties secretary who has made her own way in the world.

This release is available ONLY to customers who buy a subscription to the Doctor Who - The Monthly Adventures.

There are two ways to obtain this exclusive audio:

Ensure your 12 or 6 release subscription includes Doctor Who: Army of Death

When buying a 12 release subscription, select The Five Companions as your free gift

Shop all audiobooks
Previous release in this range: Doctor Who: The Four Doctors (subscription exclusive)