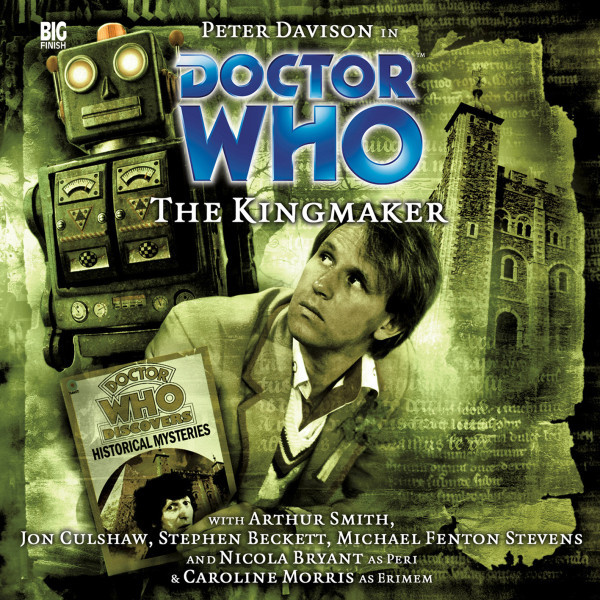 081. Doctor Who: The Kingmaker

Doctor Who encounters one of the most notorious characters from the past, as he journeys through time to solve the great Historical Mysteries...

Not surprisingly the Doctor becomes mixed up with Richard the third himself, as he tries to unravel the perplexing problem of who exactly killed the Princes in the Tower.

Peri and Erimem also encounter a suspicious time traveller. Someone from the Doctor's own past. Someone who shouldn't really be there at all.