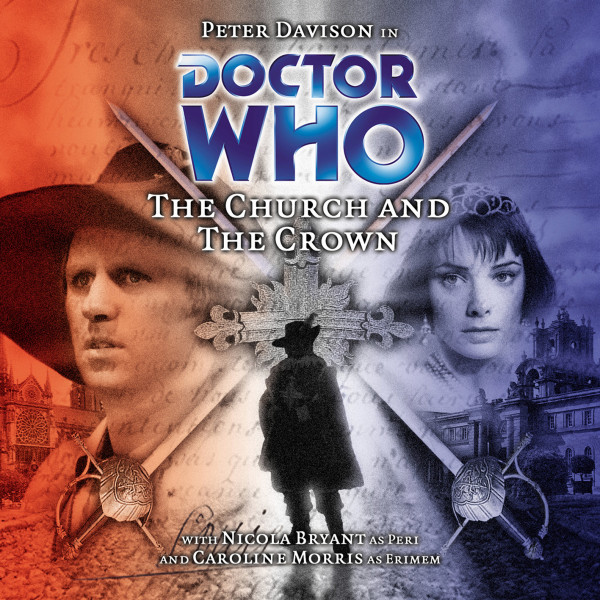 038. Doctor Who: The Church and the Crown

A nation divided.
A Queen's life at risk.
A net of conspiracy closing in...
Sometimes being a time travelling adventurer just isn't easy...

For a start there's a temperamental TARDIS that lands a few thousand years off course in 17th Century Paris. But why shouldn't the Doctor, Peri and their travelling guest Erimem take a look around the city on the morning of King Louis's annual State Ball?

As Peri becomes embroiled in a plot to kill Queen Anne and smash the unity of the Church and the Crown, the Doctor finds himself duelling Musketeers on the streets.

With Peri missing, Erimem catching King Louis' eye and a Musketeer's sword at your throat, could things get any worse?