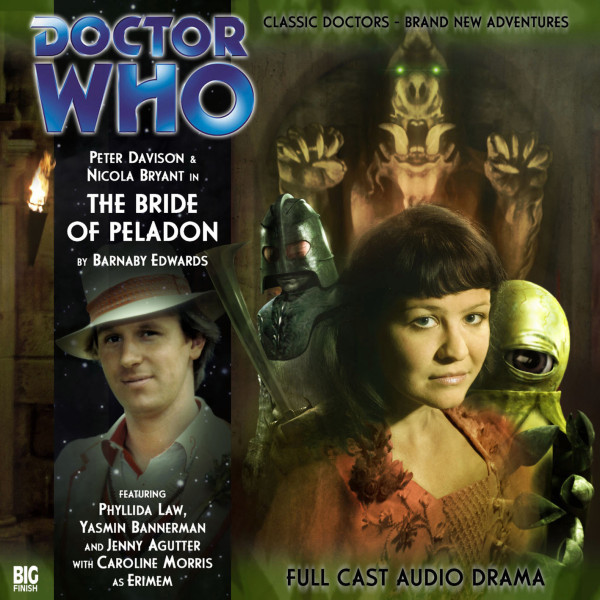 104. Doctor Who: The Bride of Peladon

Peladon will bathe in oceans of blood!

A mysterious voice, a missing girl and a murdered queen. The Royal House of Peladon is once more plunged into intrigue, terror and death. The Doctor, Peri and Erimem must find their way through a treacherous labyrinth of lies if they are to distinguish friend from foe before it is too late.

For deep beneath the Citadel of Peladon, something infinitely ancient and immeasurably powerful is stirring...

Chronological placement:
This story takes place between the television adventures Planet of Fire and The Caves of Androzani, and after the Big Finish audio adventures The Mind's Eye and Mission of the Viyrans.