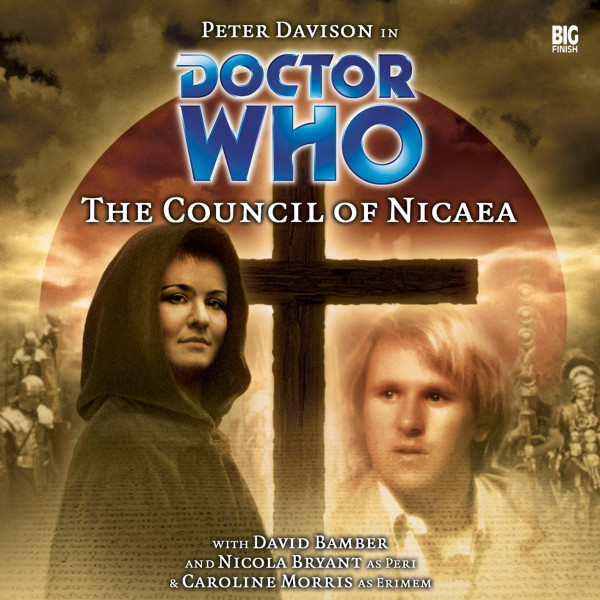 071. Doctor Who: The Council of Nicaea

The year is 325AD. In the city of Nicaea, the first great Church council, called by the Roman Emperor Constantine, is due to begin. Here theology, philosophy and politics will be brought together for millennia to come.

The Doctor, Peri and Erimem are there simply to watch events unfold. Gaps remain in the history books, and the Doctor has come to satisfy his curiosity. But none of them are ready for what greets them in Nicaea. Intrigue within the Imperial Palace has become violence on the streets. Mobs roam the alleyways and blood is spilt in the name of faith. Even in the face of murder and injustice though, the time travellers must force themselves to stay aloof. This is history, after all.

Yet what is history to one person is the future to another. Is it possible for history to be rewritten? And if it can, can the Doctor afford to let it?

This story takes place between the television adventures Planet of Fire and The Caves of Androzani, and after the Big Finish audio adventure Doctor Who: Three's a Crowd