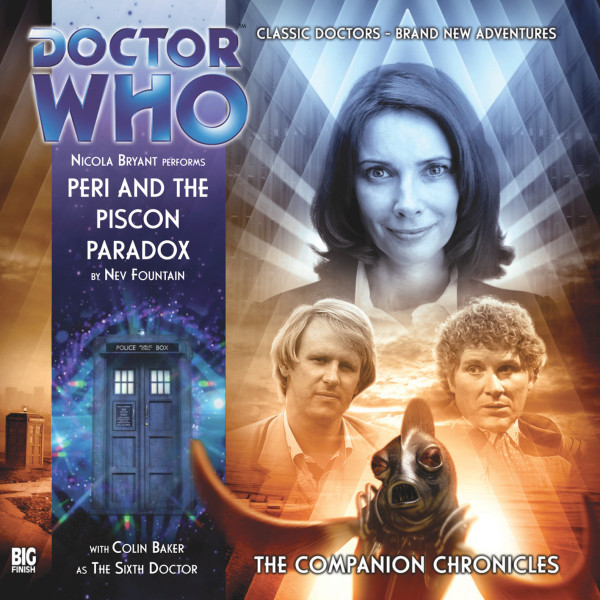 5.7. Doctor Who - The Companion Chronicles: Peri and the Piscon Paradox

Download
US $9.99
Buy
Save money with a bundle Login to wishlist
39 Listeners
recommend this

The Doctor and Peri journey to Los Angeles 2009 to do battle with a Piscon. His name is Zarl, and he's a fish of utmost evil.

Zarl is going to steal all the water of Earth and sell it to the highest bidder. Or blow up the San Andreas fault. Or the planet. Or something like that. He's a bit vague on that point.

But should the future Peri be on Earth at all? Something smells fishy – and it's not just Zarl.

Chronological placement:
This story takes place between the tv adventures Planet of Fire and The Caves of Androzani, and between The Trial of a Time Lord and Time and the Rani.