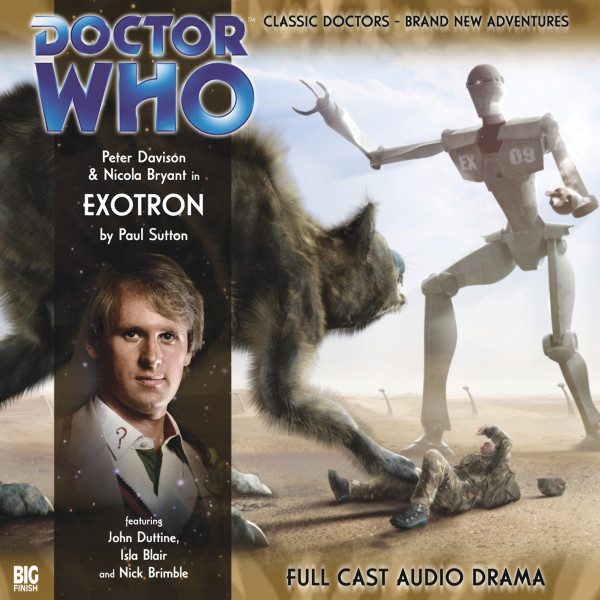 Exotron (A Three-Part Story)
'The Farakosh attack us - and my Exotrons defend us.'
On a distant colonial outpost of Earth, a group of terraformers is under threat from the planet's most fearsome predator: the giant carnivorous Farakosh. All that stands between the colonists and a grisly death are the Exotrons - huge robots equipped with devastating firepower, designed by the outpost's leader, Major Taylor.

But all is not as it seems. How are the Exotrons controlled, and where did the colonists find the resources to build them? The Doctor wants answers and Taylor is reluctant to provide them.

Meanwhile, outside the compound, the Farakosh are massing...

Urban Myths (A One-Part Story)
In an expensive restaurant somewhere on Earth, three gourmets plan their evening. First item on the menu: the death of the Doctor.