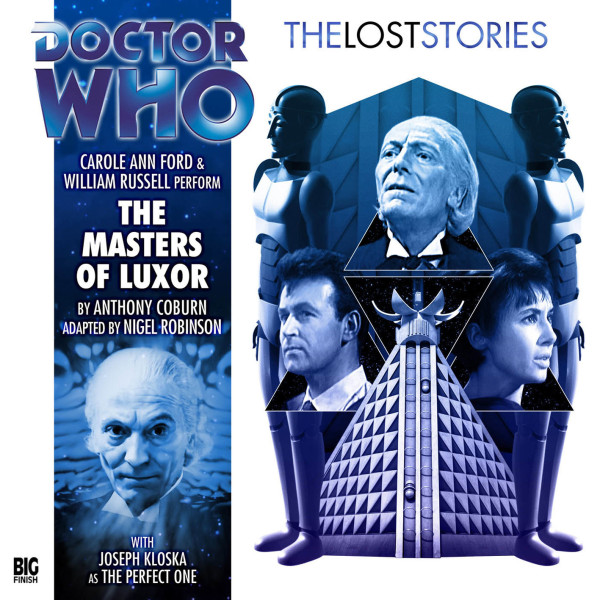 3.7. Doctor Who: The Masters of Luxor

CD + Download
US $20.48
Buy
Download
US $18.07
Buy
Save money with a bundle Login to wishlist
20 Listeners
recommend this

The TARDIS is drawn to a mysterious signal emanating from a seemingly dead world. Trapped within a crystalline structure, the Doctor and his friends inadvertently wake a vast army of robots that have lain dormant for many, many years. Waiting… for the Masters of Luxor.

The Perfect One wants to become more than just a mockery of a man, and will stop at nothing to achieve it. But will the cost prove too great?

The travellers are about to uncover a horrifying tragedy. A tragedy that threatens to engulf them all.

3. A Light on the Dead Planet

5. An Infinity of Surprises