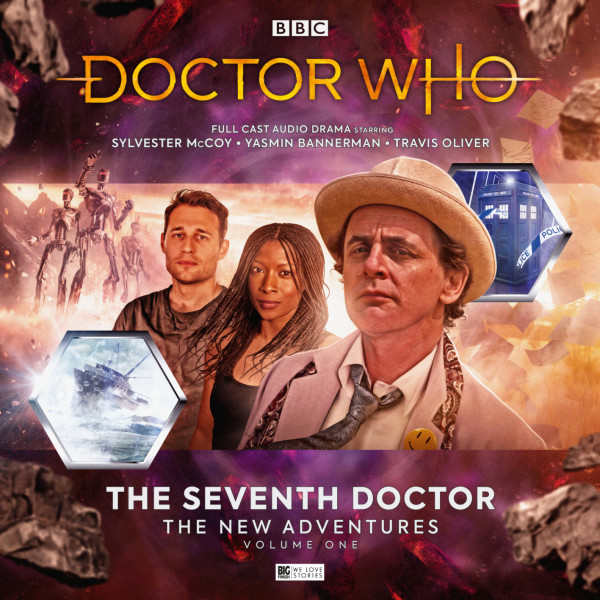 Four brand new adventures for the Seventh Doctor and his companions Roz Forrester and Chris Cwej.

1. The Trial of a Time Machine by Andy Lane

After colliding with another time-ship in the vortex, the TARDIS materialises on Thrantas where it is arrested and forced to face trial. While Chris and Roz investigate the crime scene, the Doctor must defend his most loyal companion against a society where guilt has no meaning.

The planet Vanguard was once ravaged by a war between its peoples: the Dauntless and the Intrepid. Now, robotic titans stalk the desolation, searching for survivors. Their mission: to end the war for one side or the other. But which side will the Doctor take?

3. The Jabari Countdown by Alan Flanagan

Arriving on a mysterious island, stranded with a group of mathematicians, the Doctor and his companions find themselves on the fringes of the Second World War. Trapped with only each other and an unknown threat, the group must work together to solve a puzzle greater than just one world’s war.

4. The Dread of Night by Tim Foley

When a grieving household offers the TARDIS travellers shelter from the weather, the Doctor, Chris and Roz find themselves exposed to even less hospitable conditions. A sinister presence stalks the house, plaguing its inhabitants… and only the truth can free them.