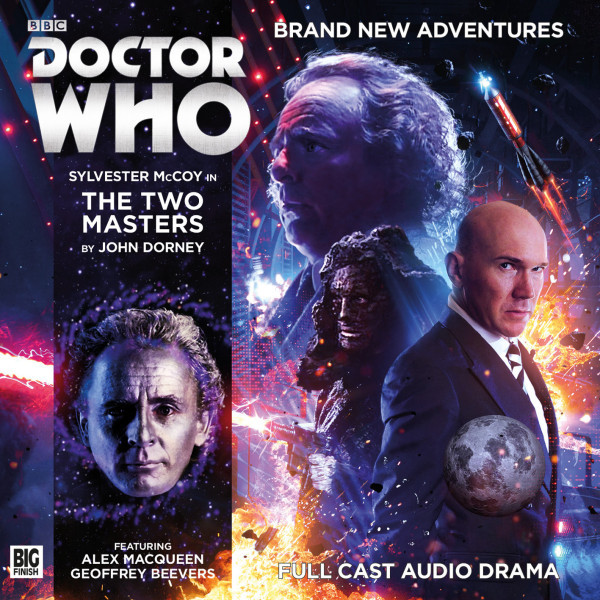 The future is dying. All over the universe, gaps are beginning to appear. From the space lanes terrorised by the rag-tag remnants of the once-mighty Rocket Men, to the empire of the Gorlans, stricken by a terrible civil war. Gaps in space/time, portents of the end of everything.

One Doctor. Two Masters. What could possibly go wrong?

Recorded on: 8th and 9th of December, 2015
Recorded at: The Soundhouse Studios

I think it’s safe to say that The Two Masters may be my favourite ever Doctor Who story, in any medium. 101%

Up there with the best Big Finish main range stories, this conclusion to the Master trilogy is suitably epic... director Jamie Anderson keeps a firm hand on things... The scenes between Beevers and Macqueen are everything you’ve hoped for... 10/10