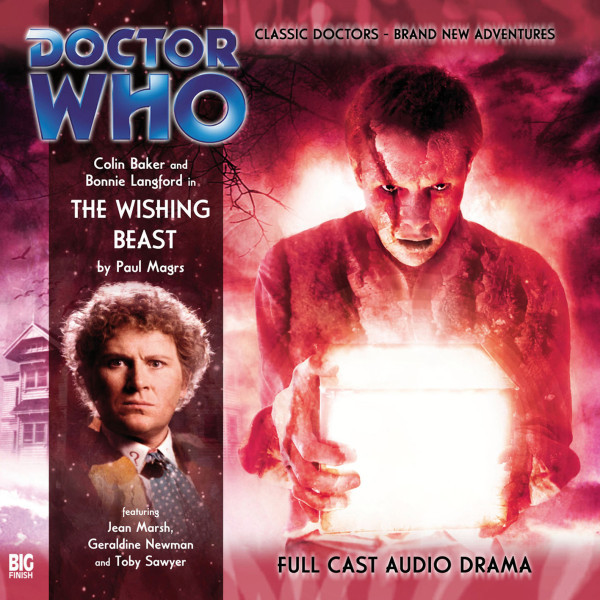 097. Doctor Who: The Wishing Beast

The Wishing Beast (A Three-Part Story)

What can it mean when the Doctor and Mel are drawn to an asteroid by a message from the strange, elderly Applewhite sisters? The travellers are promised that they will receive their dearest wishes when they enter the frozen forests of this benighted shard of a world. But the ghosts that haunt this place are desperate to warn the Doctor about the sisters' promises. Only the ghosts know the true nature of the legendary Wishing Beast.

The Vanity Box (A One-Part Story) A strange beauty parlour has opened its doors for business in a dowdy Salford terrace circa 1965. Monsieur Coiffure is the talk of the street with his fabulous make-overs. When the Doctor arrives, however, he knows at once that there's been some unnatural titivation going on.

Writer Paul Magrs has penned a typically eccentric story, very much in the mould of a Brothers Grimm fairy tale, complete with sinister witches... played to perfection by Jean Marsh and Geraldine Newman.